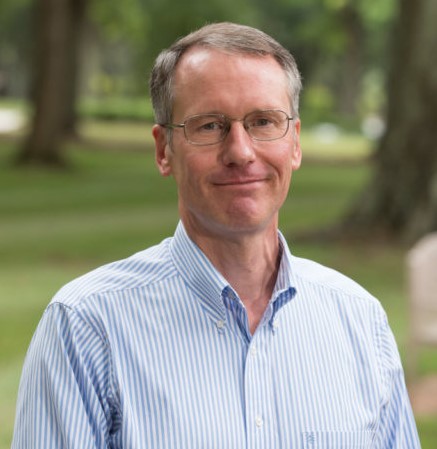 John Barrington was born in New York City in 1959. He moved to England with his family at the age of ten where he attended middle and high school. John graduated from Oxford University with a degree in history. After qualifying as a Chartered Accountant (a British C.P.A.), he returned to history, as well as to his native land, earning a doctorate in colonial history at the College of William and Mary. John has been teaching colonial and revolutionary U.S. history at Furman University since 1996, and served as Chair of the History Department for seven years. In January 2019, John published Baptists in Early North America: Welsh Neck, South Carolina, a history, with documents, of one of the most influential Baptist churches in colonial/revolutionary SC.