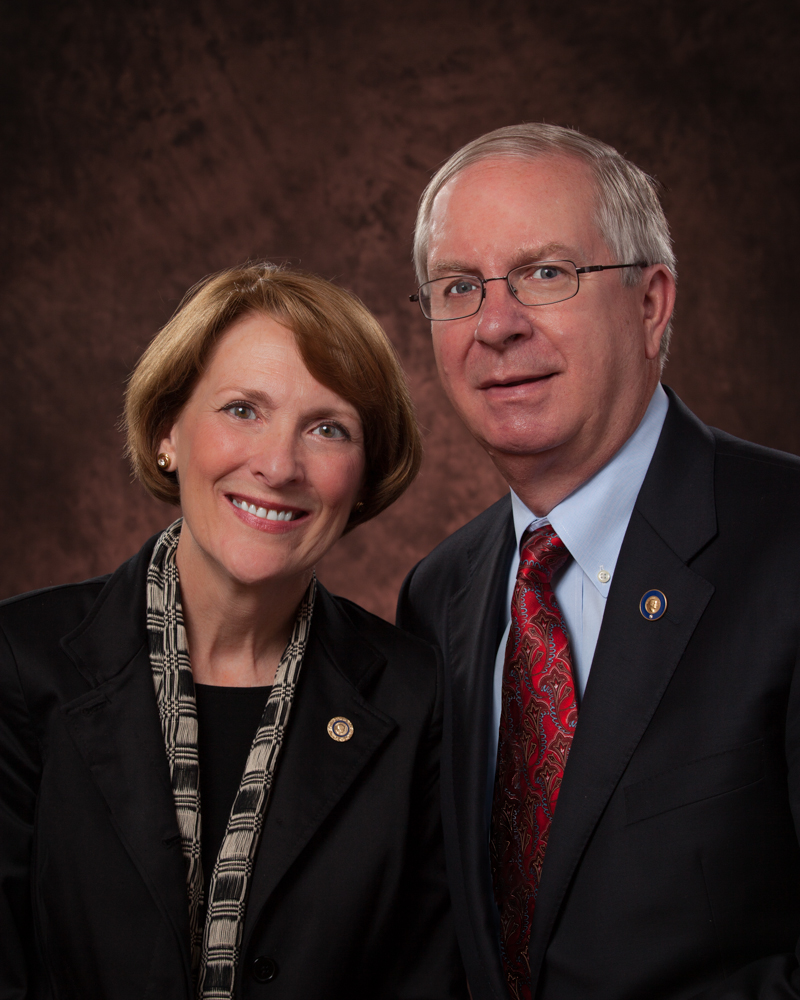 Terry & Pam Weaver have been supporting each other’s volunteer efforts for over 40 years.
They are Major Donors to The Rotary Foundation, and members of the Paul Harris Society & Bequest Society.
Terry is the founder and owner of Delta Resource Group, a business coaching and advisory practice that works with business owners to build their companies’ value and plan for transition of ownership.
Terry was president of the Rotary Club of Greenville in 2003-2004 and District 7750’s Governor in 2015-2016. He has provided the IT support for District 7750 since 2006.
He is a recipient of The Rotary Foundation’s Citation for Meritorious Service, the Regional Service Award for a Polio-Free World, and Rotary’s highest recognition,
the Service Above Self Award.
A native Kansan, he is a member of the Kansas State University Engineering Hall of Fame and on the advisory board of the Electrical & Computer Engineering
Department at K-State. An active promoter of entrepreneurship, Terry has also served on technology advisory boards of Furman University, University of South Carolina Upstate, Greenville Technical College and the United Way of Greenville County.
Pam is a past District 7750 Administrator, having served 9 District Governors. She is a past president of the Volunteer Council of the League of American Orchestras and a recipient of Rotary’s Excellence in Service to Humanity”Award.
Their business, leisure and volunteer travels have taken them to 50 countries and US Territories, logging 2+ million air miles.
They have two married children and 4 grandchildren, evenly split between Chicago and Atlanta