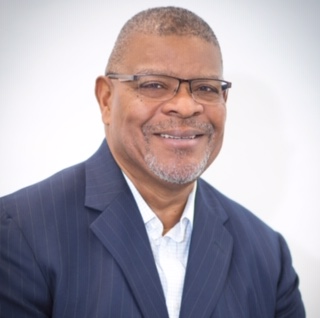 After serving his country for 23 years as a U.S. Naval Officer and retiring in 2000 with the rank of Commander, Richard Hagins followed his entrepreneurial spirit and passion for service when founding US&S, Inc., previously Universal Supplies & Services, Inc., in 2003. US&S is a facility maintenance and support service provider specializing in operations and maintenance, repairs, renovation, janitorial, grounds maintenance and professional services. US&S was accepted into the Savannah River Nuclear Site Mentor-Protégé Program in 2018.

Between 1979 – 2000, Mr. Hagins was Commanding Officer or Senior Staff Officer for Naval Reserve Centers and Readiness Commands in Greenville, SC; Newport, RI; and Columbia, SC. His Navy career brought him to in Greenville, SC, in 1996, where he settled upon retirement in 2000.

Hagins has become an integral part of his adopted home through the work of his company and commitment to service. He was recently named a participant in the St. Francis Forum, and one of the 50 Most Influential People of 2018 by Greenville Business Magazine. He currently serves as the 2020 Chairman of the Board for the Greenville Chamber of Commerce – the largest business organization in the Upstate of South Carolina.

Previously, Hagins was appointed by South Carolina Governor Sanford as Chairman of the Commission of Minority Affairs (Fourth District). He was subsequently appointed to serve on the Board of the South Carolina State Port Authorities (SCSPA), where he served as Treasurer, and was heavily involved in developing the Board’s 5-year strategic plan – ultimately becoming a member of the Executive Committee through 2011.

Additionally, he has served as Programs Committee Chair of the Greenville Metro YMCA Board, Board of Trustees for The Blood Connection, Chairman of the Board for the Blood Connection, and Chairman of the Hillcrest Hospital Advisory Board. He has served as a board member of the Mauldin and Simpsonville Area Chambers and Chairman of the American and Red Cross Armed Forces Committee. Mr. Hagins is a Charter Member of 100 Black Men of The Upstate and a proud member of Alpha Phi Alpha Fraternity, Inc. He also serves as a Board Member of the Medical University of South Carolina Foundation Board.

He was named the U.S. Small Business Administration (SBA) South Carolina District Office’s nominee for “2012 National Minority Small Business Person of the Year”. Mr. Hagins was selected for this recognition by the SBA based on his firm’s “consistent growth in total sales and number of employees, excellence in government contract performance, response to adversity, and contributions to the community.” He was named the “SC Veteran Entrepreneur of the Year” in April 2014 by the SBA. Most notably, Mr. Hagins was named Entrepreneur Of The Year® 2019 Southeast by Ernst & Young.

Mr. Hagins received a BS from Savannah State College in Electronic Engineering Technology. He received his MA from Webster University in Management and recently completed the Executive Education Program at both the Tuck School of Business at Dartmouth and the University of Washington.