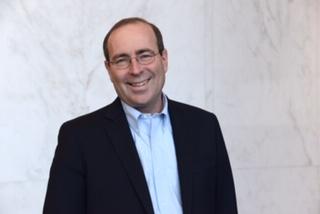 Tom Barkin is the president and chief executive officer of the Federal Reserve Bank of Richmond.
In this role, he is responsible for monetary policy, bank supervision, payment services, and the Fed’s National IT organization. He serves on the Fed’s chief monetary policy body, the Federal Open Market Committee. He is “on the ground” continually in the Fed’s Fifth District, which covers South Carolina, North Carolina, Virginia, DC, West Virginia and Maryland, and has brought real focus to the less prosperous parts of that district.
Tom joined the Richmond Fed in January 2018. Before that time, he was a senior partner and chief financial officer at McKinsey & Company, a worldwide management consulting firm. He also oversaw McKinsey’s offices in the southern United States. Tom served on the board of directors for the Federal Reserve Bank of Atlanta from 2009 to 2014, and was the board’s chairman from 2013 to 2014.
He is a member of the Emory University Board of Trustees and the Greater Washington Partnership.
Tom is a native of Tampa, Florida, and attended Harvard University, where he earned his undergraduate, MBA and law degrees.